It’s true, I already have a brownie recipe on my blog, posted nearly two years ago! And those brownies are really great and super simple to make. But they’re cakey brownies – which I think are great, but there’s always room for more than one type of brownie! These brownies are fudgy, gooey, sticky, and indulgent – mmm!

With fudgy centres and a crackly top, these brownies are pretty much perfect. I make them with chocolate chips, because you can never have enough chocolate, right? But you could also jazz them up with walnuts or dried cherries if those take your fancy!

They’re a little more involved than my regular brownies, and they use aquafaba, which I’ve explained in a previous post – it’s the liquid from a tin of beans or chickpeas! Yeah, weird right? But it works, so well. And, I’m not joking, you cannot taste beans in the slightest! Do me a favour and just try it, okay? 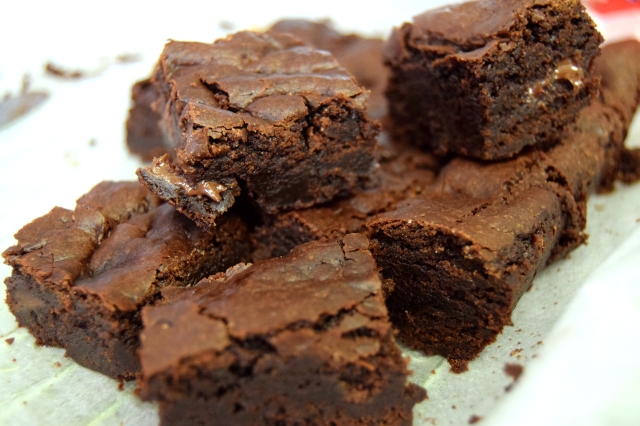 Thank you to veganbaking.net for the recipe inspiration!