These brownies are both biscuit and brownie. Not in the way that my brookies were a cross between a brownie and a cookie, but in the way that they’re brownies, stuffed full of biscuits! This recipe fits right in with March’s MiniMoFo challenge of “stuffed and filled foods” (indeed, bourbons are a filled biscuit, which in this case are then stuffed inside brownies!), and also has some cool alliteration in the recipe title. 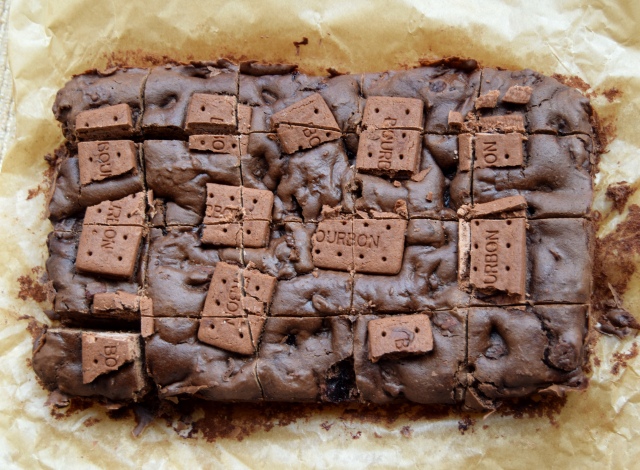 Have you ever had a Bourbon Biscuit? If you’re not British, then maybe not. Bourbon biscuits are a rectangular cocoa biscuit with a chocolatey filling. If you’re American, the closest you can get would be a chocolate cream filled oreo, they’re different, but they’d work the same in this recipe. Bourbons do not actually have anything to do with the drink, bourbon, and are quite non-alcoholic, being a favourite to dunk into a cup of tea. Many supermarket versions are vegan, just check the packet before you buy! 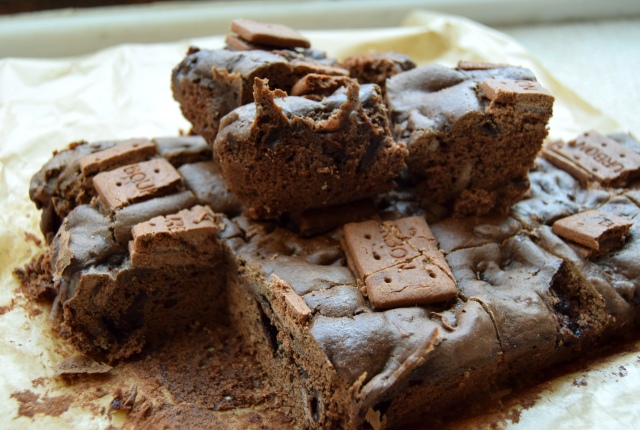 These brownies use bourbon biscuits much like other brownies use chocolate chips. The biscuits get chopped up (surprisingly easy to do) and stirred into the batter, with a few placed on top before baking. They’re super chocolatey and great for fans of the popular biscuit! 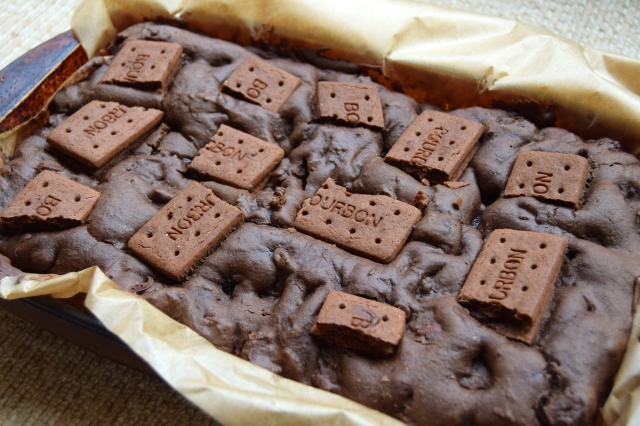