In the run up to Vegan MoFo 2016, there’s a set of three fortnightly challenges being issued, called “MiniMoFo”. These are optional – but fun – prompts to complete before the big month happens in November! Anyone can take part too, even if they’re not doing Vegan MoFo itself so get over there and join in! 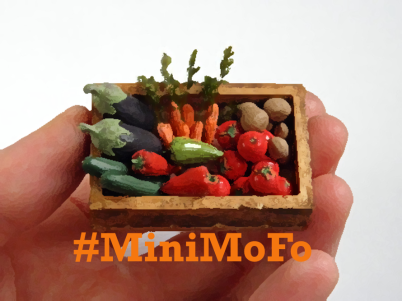 The first challenge is:

What is your signature dish?

So I had to think about this a bit, because I’m not sure if I have a signature dish! Being a fairly adventurous cook, and having a food blog too, I don’t tend to cook the same meals again and again. I like to change things up, and if I make a dish lots of times I’ll tweak it to try and make it even better.

My first thought was maybe my chocolate cake. Everyone loves my chocolate cake! And I’m pretty sure I’ve not blogged about it yet. However…I don’t really have an occasion in this fortnight to make a chocolate cake. We’ve already got a few baked goods in the house and I just can’t fit any more cake in!

So onto the next idea. And something that is always popular when I make it is bread! Now, I may not be a super fancy artisanal bread maker, but I do enjoy baking bread myself. It’s fun, and you can take any frustrations out when you knead it! Plus, you can make a ton of different flavours. 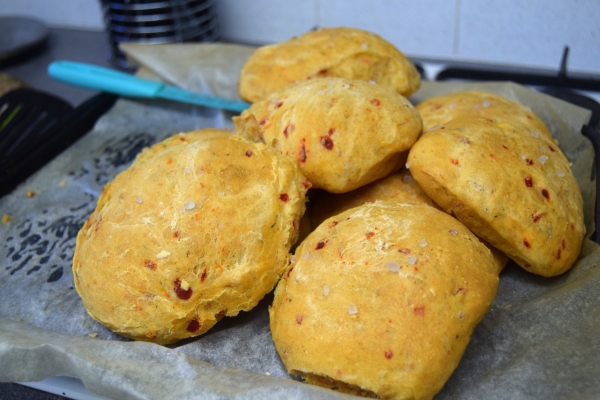 This time I decided to make roasted red pepper rolls – or cobs, or baps, or whatever you call them in your dialect! I used peppers from a jar, because it’s so much easier, but if you wanted to roast and peel your own you could. These take a while to make – I do two rises – so start them early, but you can eat them warm! Making bread isn’t as hard or scary as you might think. You need some time (most of it is downtime though!), some patience, and a little bit of strength. Start by mixing all the ingredients except for the water in a big bowl. Then you add the water. The water should be “hand hot” temperature – an easy way to tell if it’s right is to stick your (clean!) little finger in the water. It should feel hot, but not so hot you can’t keep your finger in the water. Like a nice steaming bath. That water goes in with the rest of the ingredients, gets mixed to form a dough, then you have to knead it.

Kneading dough is probably the hardest part of making bread. Unless you have a bread machine or a mixer with a dough hook, in which case lucky you! But most people underknead their dough because it does take some time. My top tip for kneading? Put some music on. It gives you something to do other than think “Am I seriously still kneading this bread?!” and also it provides a good timer. If your songs are average length – about 4 minutes – knead your dough for two songs. No less. You can knead a little longer if you get caught up in the music, you’re unlikely to knead too much by hand.

Then, the bread goes off to rise. Put it in a warm place – I use the airing cupboard, but you could use a sunny spot, or next to the radiator, somewhere nice and warm anyway. Leave it until it’s doubled in size – an hour to an hour and a half, depending how warm your place is. Punch it down, it’ll deflate a lot, and then form it into your bread rolls. This recipe makes eight rolls so it’s easy – split in half, then in half again, then once more. Roll them into, well, rolls, and put them on a baking tray. See the picture above! Then, you cover them with a piece of oiled clingfilm. Oiled is important here – just brush some olive oil over the film before you put it over the rolls. If you don’t oil it, you’ll get the film just sticking to the bread, and when you pull it off you’ll ruin your nice roll shapes.

Anyway, back to rise the rolls go. You need to leave them to rise for another hour now. But partway through the rise, preheat your oven to 210C – or 410F. If your oven is anything like mine it’ll take forever to heat to that temperature. After the hour is up, take the film off the rolls, sprinkle with a little salt, and bake in the oven – for about 15-20 minutes, until nice and golden. Turn one upside down and tap the bottom – if it sounds hollow, it’s cooked!

Leave to cool for five minutes or so before you tuck in! 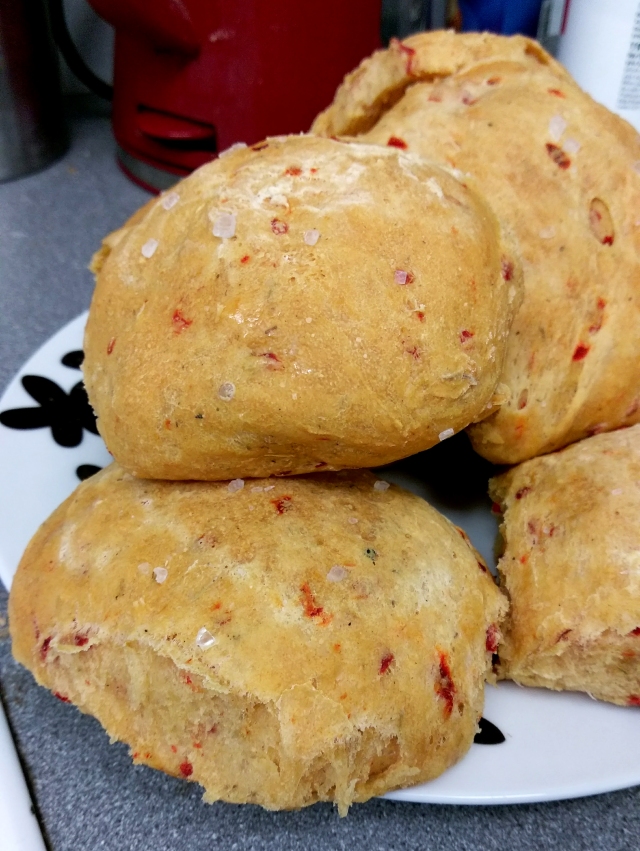