People have some weird ideas about vegan foods. If you’ve been following VeganMoFo participants’ posts the last few days, you’ll be familiar with all sorts of strange foods we’ve been fed. Boring, unimaginative, or just odd, it’s all there. So, in making food for non-vegans, I like to prove their perceptions wrong – show them that vegan food can be really good. 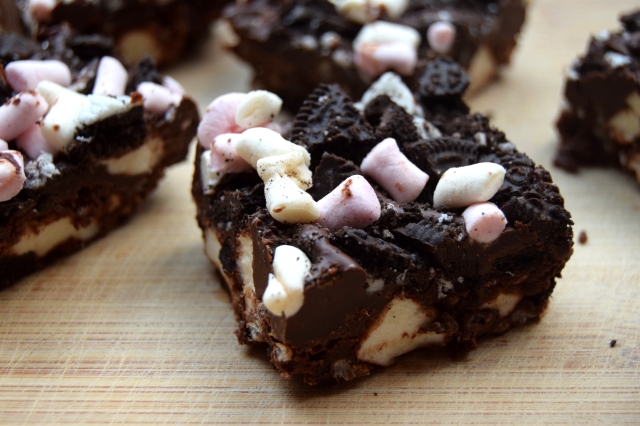 These are super decadent and delicious. Full of chocolate, biscuits, and marshmallows, they make the perfect gift, cut into bars (you can cut them whatever size you like!) and offered to people who aren’t sure about vegan sweets. “Are you sure these are vegan?” they’ll ask, whilst they reach for another helping… 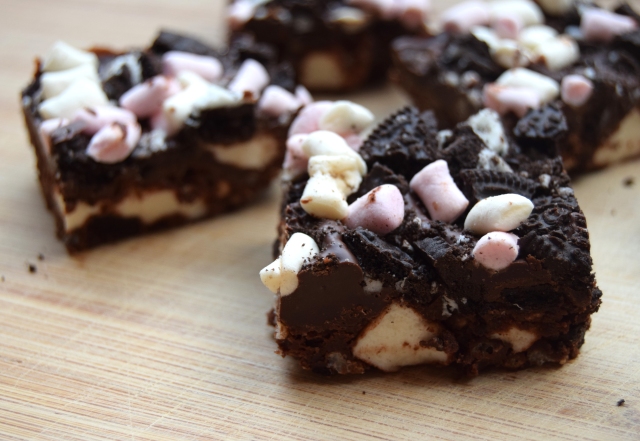 For this recipe, I used Freedom Marshmallows, which you can get from Holland & Barrett here in the UK, but any vegan marshmallow would work – if they’re large, chop them into pieces first! The rice crispies I used came from Lidl, as they’re vegan there, but whatever vegan version you can find will be great! I also used Oreos as my biscuit as I think they’re really tasty, but any vegan biscuit would be lovely. 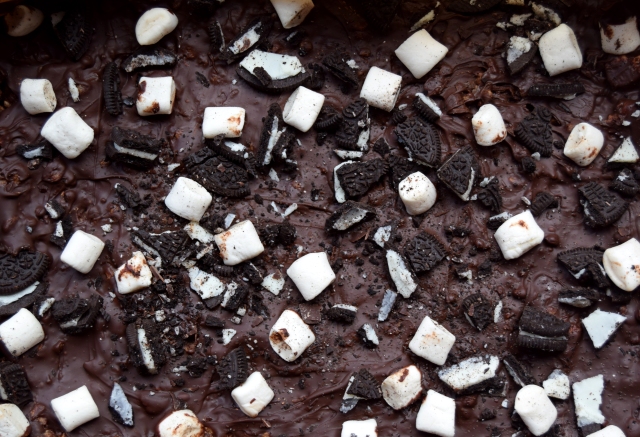 Make these and show off how great being vegan can be!