Today’s VeganMoFo prompt is all about repurposing food – using food you’d otherwise throw away. I’m going to write about something that took the vegan food world by storm a few years back – aquafaba!

If you’ve been reading this blog for a while, you may remember it being used in my hot chocolate cupcakes last winter to make a marshmallow fluff topping. Today I’m showing you how you can make vegan meringues from it! 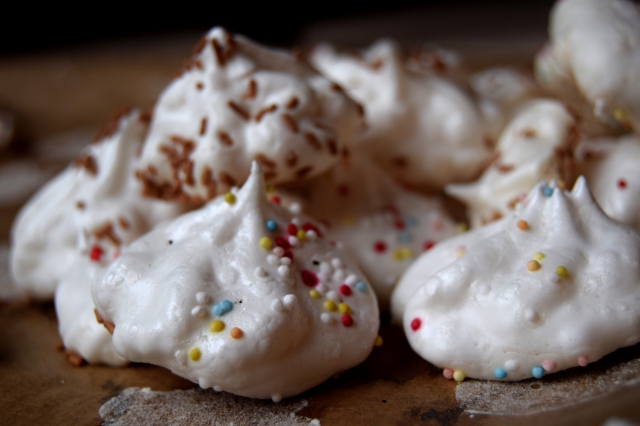 Aquafaba is, quite simply, the liquid you get in a can of beans. The stuff that you throw down the sink when you’re making a curry. Well, stop throwing it down the sink! The proteins in this liquid make it great for whipping up just like egg whites – and it doesn’t even taste like chickpeas at all.

You add vanilla, and cream of tartar (to help stabilise it), and just whip it up until it becomes light and fluffy and creates nice stiff peaks – unlike with egg whites, you can’t whip it too much, so you’re safe to just keep whipping away. 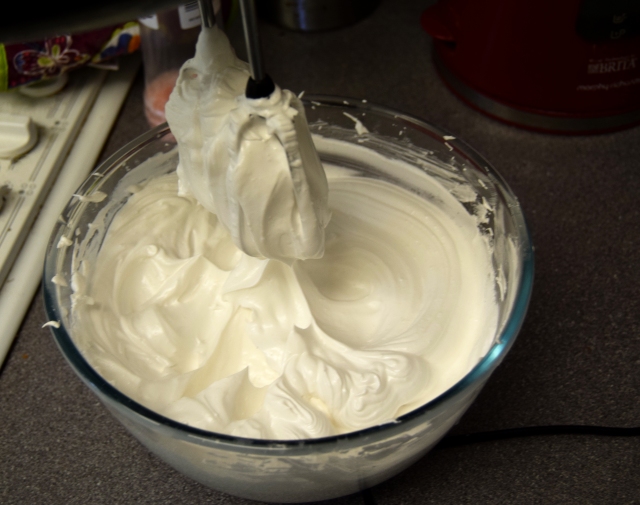 Once it’s good and whipped up, you gradually add sugar and keep whipping until you have a lovely glossy mixture. This goes into a piping bag, onto a baking tray, and into the oven on a very low heat for two hours. After the two hours are up, you turn the oven off and leave the meringues to dry through in the oven until completely cool. And there you have it – vegan meringues! If you like, you can put sprinkles on them before they go in the oven, like I did in my pictures. Just make sure your sprinkles are vegan! 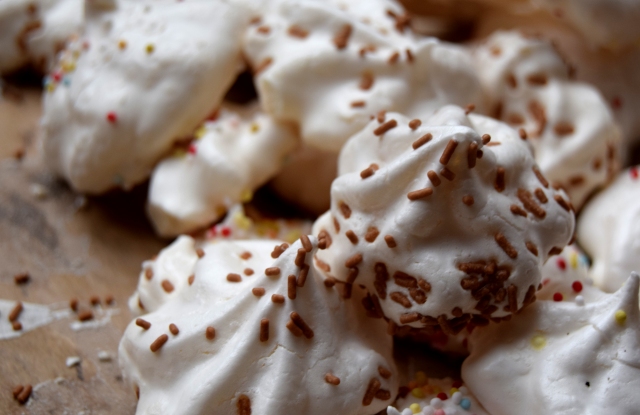