From the title of this blog post, you may think I have gone Christmassy, and indeed despite it being still September, you can already find vegan Christmas mince pies in shops (Asda’s own are registered with the Vegan Society!). However, I haven’t started on Christmas quite yet, and this meal is of the savoury nature! The prompt for today’s VeganMoFo is “Sunday Dinner”, and whilst we don’t have a Sunday dinner tradition, if we did, this pie would be on it! 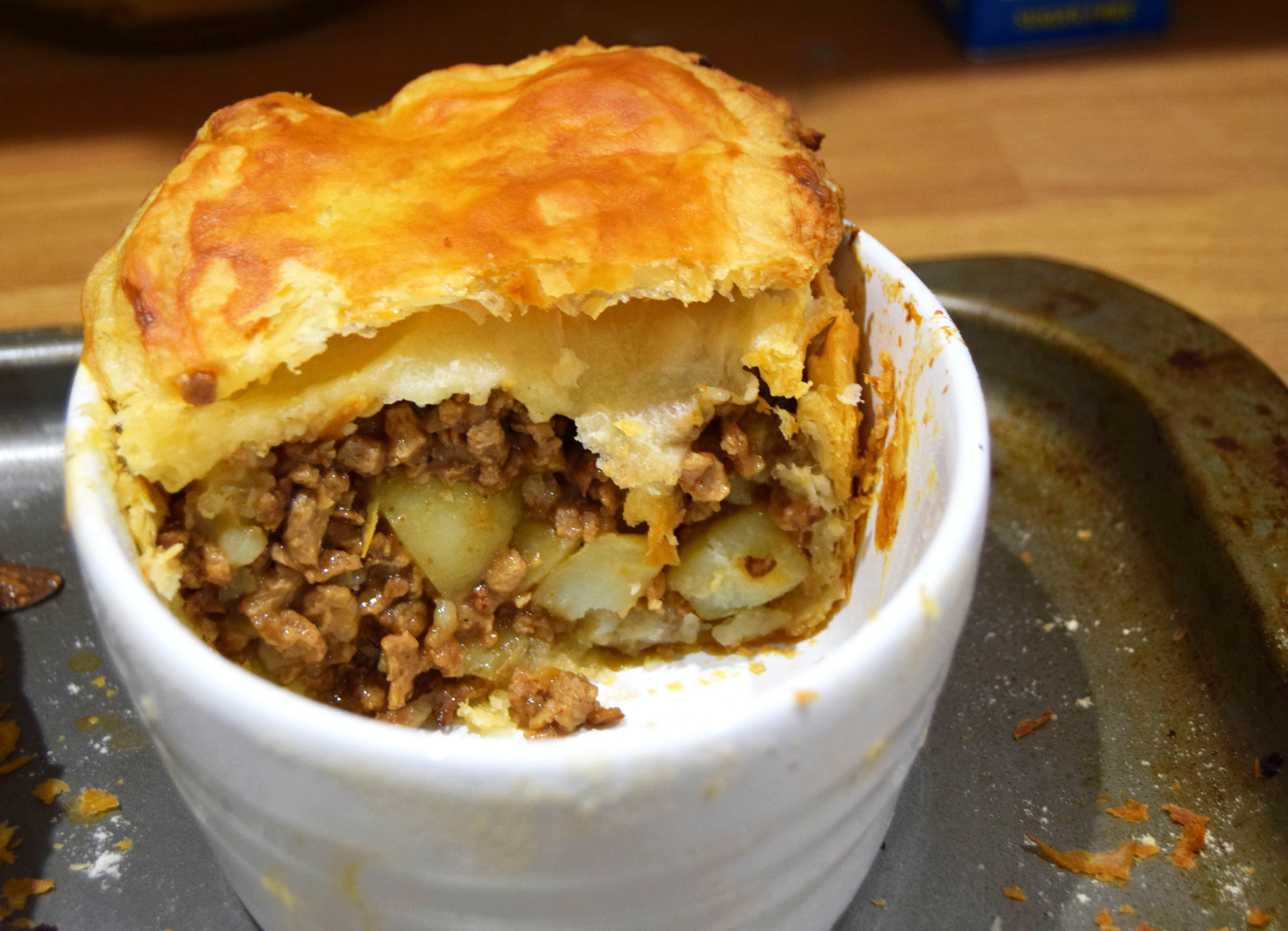 This pie is a proper pie, with a pastry top and bottom, which does come with a bit more work (you have to blind bake the bottom) but it’s definitely worth it for a good roast dinner. Use whatever size pie pots you have, or even smaller ramekins – mine are quite big so it made two pies, but smaller pots would make more.

The filling is a mix of mince – here in the UK, you can get frozen mince from the supermarkets that is vegan – and potatoes and is lovely and hearty! 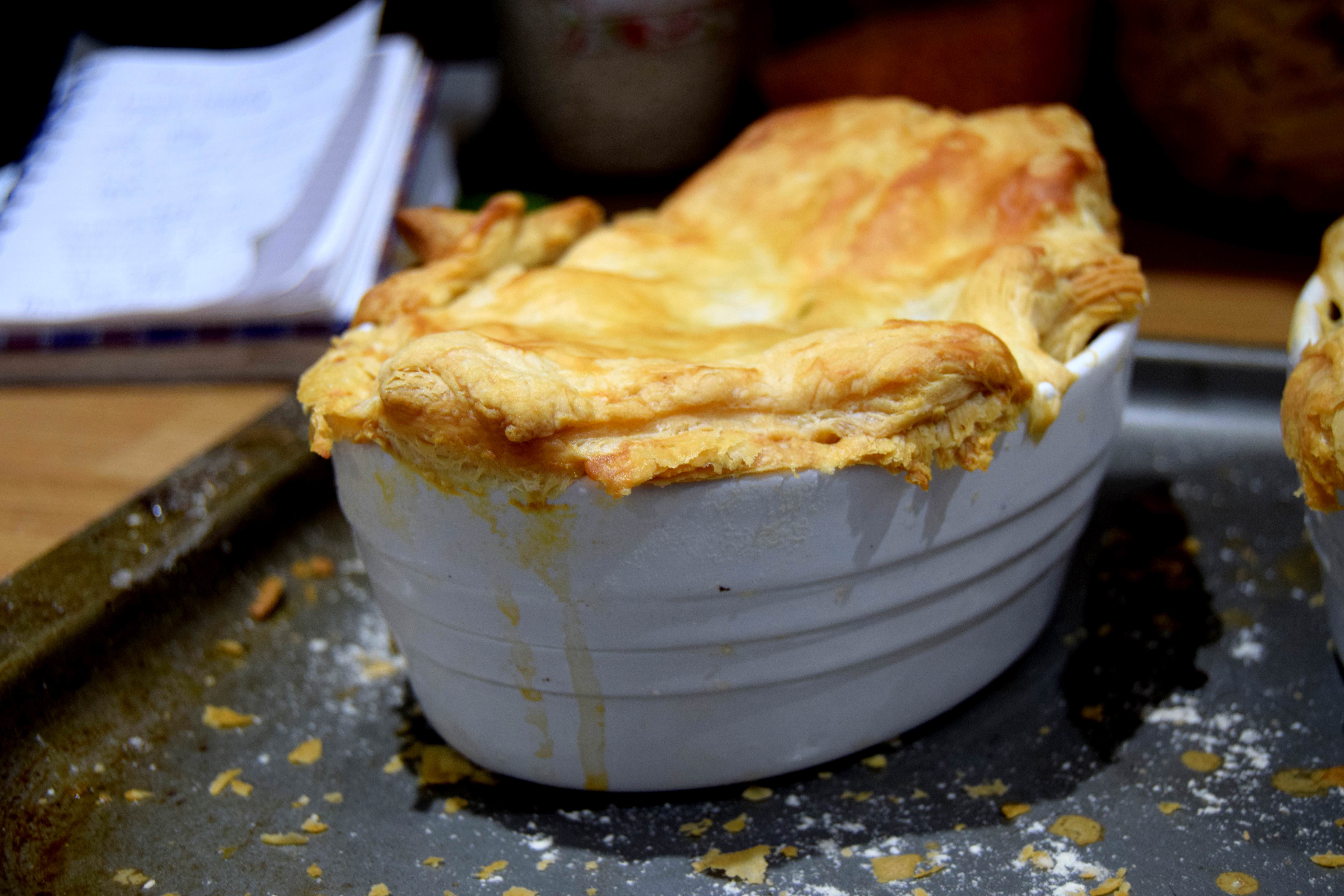 For today’s post, I’m veganising a local recipe. I recently moved to Derby and this seemed like the perfect opportunity to make something I’ve been planning on for a while – a Bakewell Tart!

Bakewell is a village in the Peak District in Derbyshire, and it’s from there that this gorgeous tart originates. You may be more familiar with the mass produced, not-vegan mini “cherry bakewells” that have white icing and a glace cherry on top – but the original version is so much better!

It consists of a crisp pastry shell, a layer of raspberry jam, a dense almondy frangipane, and flaked almonds. It takes a while to make as you have to blind bake the pastry first – but you could always use a shop bought crust if you really want. I just like the experience of making something entirely from scratch!

Serve on its own, or warmed up with cream or ice cream.

I wasn’t too sure what to do as a “retro recipe” (today’s prompt) because, what classes as retro? Google brings up a lot of recipes that I don’t really fancy making – prawn cocktails, jello salads? No thank you. But apparently, cottage pie is also classed as a retro recipe – and since it’s super tasty, I decided to go with that!

There’s always some debate over what to call this, is it cottage pie, is it shepherd’s pie? When I was at school, in cookery class, the vegetarians made “shepherdess pie”, which I’m not so keen on, because why should a vegetarian pie be more feminine? I’m sure shepherds and shepherdesses alike would do quite well on this vegan version. Anyway, in the end I went with cottage pie, as it seems to be the oldest name for it.

I used a mixture of lentils and soya mince for the mincey filling, and also carrots and chopped tomatoes. My secret ingredient in all veggie “mince”? Marmite! Even if you don’t like marmite, it’s only a small amount and it really brings a savoury flavour to the dish.