Today’s VeganMoFo prompt is about food to bring to a Pot Luck. Now I have never been to a pot luck, and I don’t even know if they’re a thing here in the UK, but from what I’ve seen, it’s a bit like a buffet only more hot food. People bring their own food and everyone helps themselves. Stews and casseroles seem to be a common thing. I wanted to inject a bit of a British flavour to it, so I made baked beans. 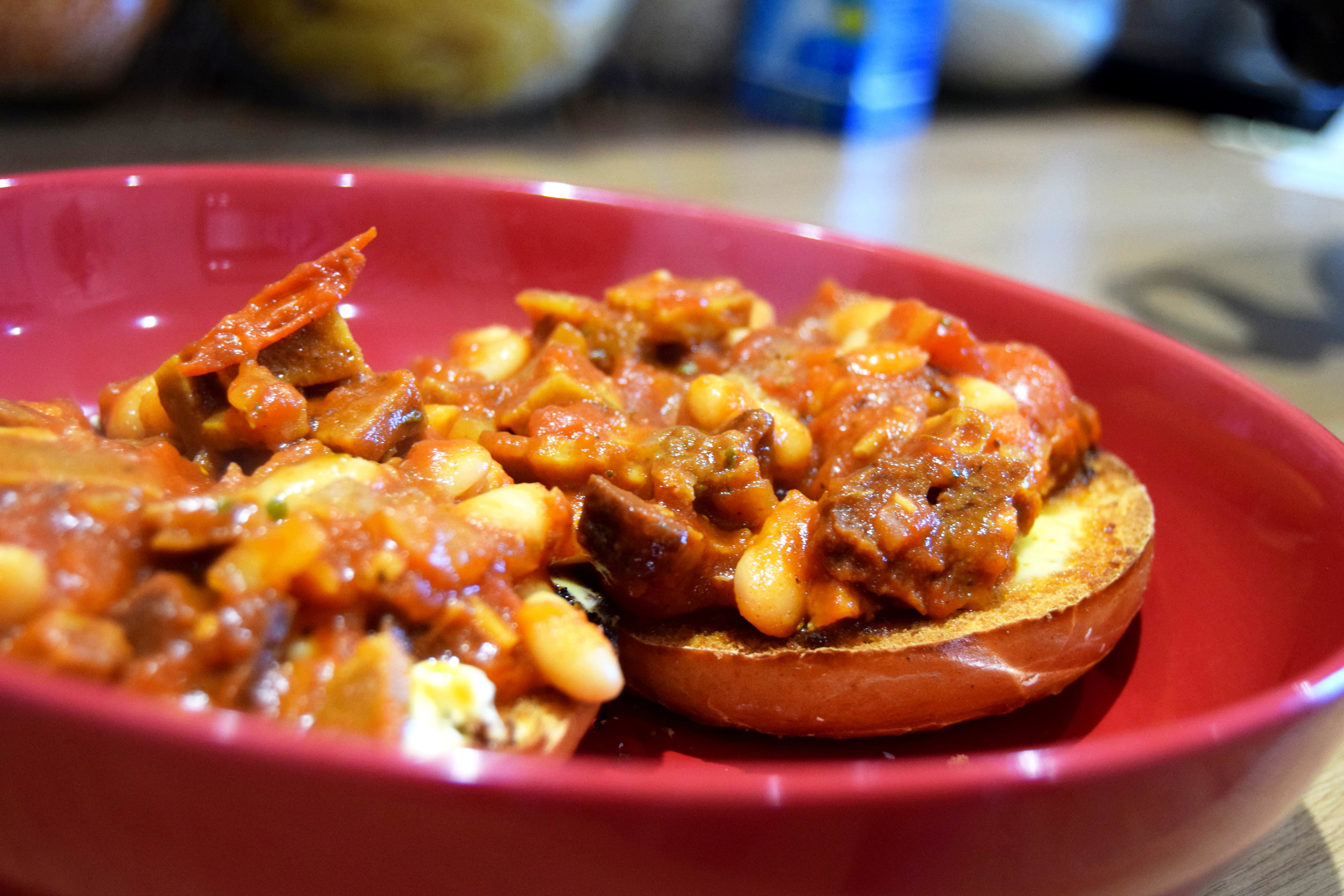 This may be a shocking turn of events, but I don’t actually like canned baked beans. I know, revoke my British citizenship (go for it, I don’t mind). But homemade ones are different. I added vegan bacon to these beans – I actually made my own using this recipe, which is my favourite, but shop bought vegan bacon also works well! 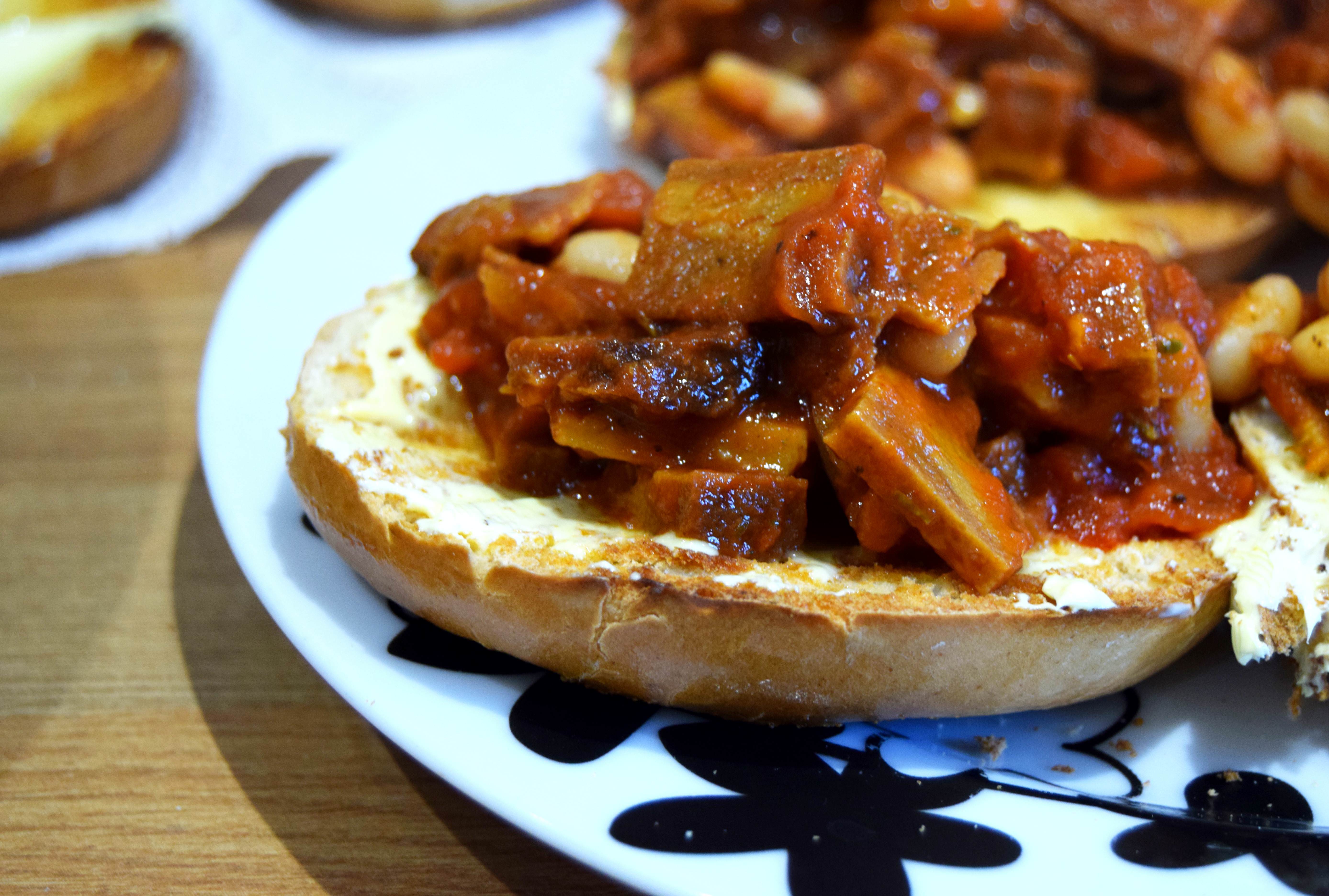 You could serve this as part of a breakfast, or on the side of a roast, or just like me have it on bagels. I’ll be honest, I think everything is better on bagels! 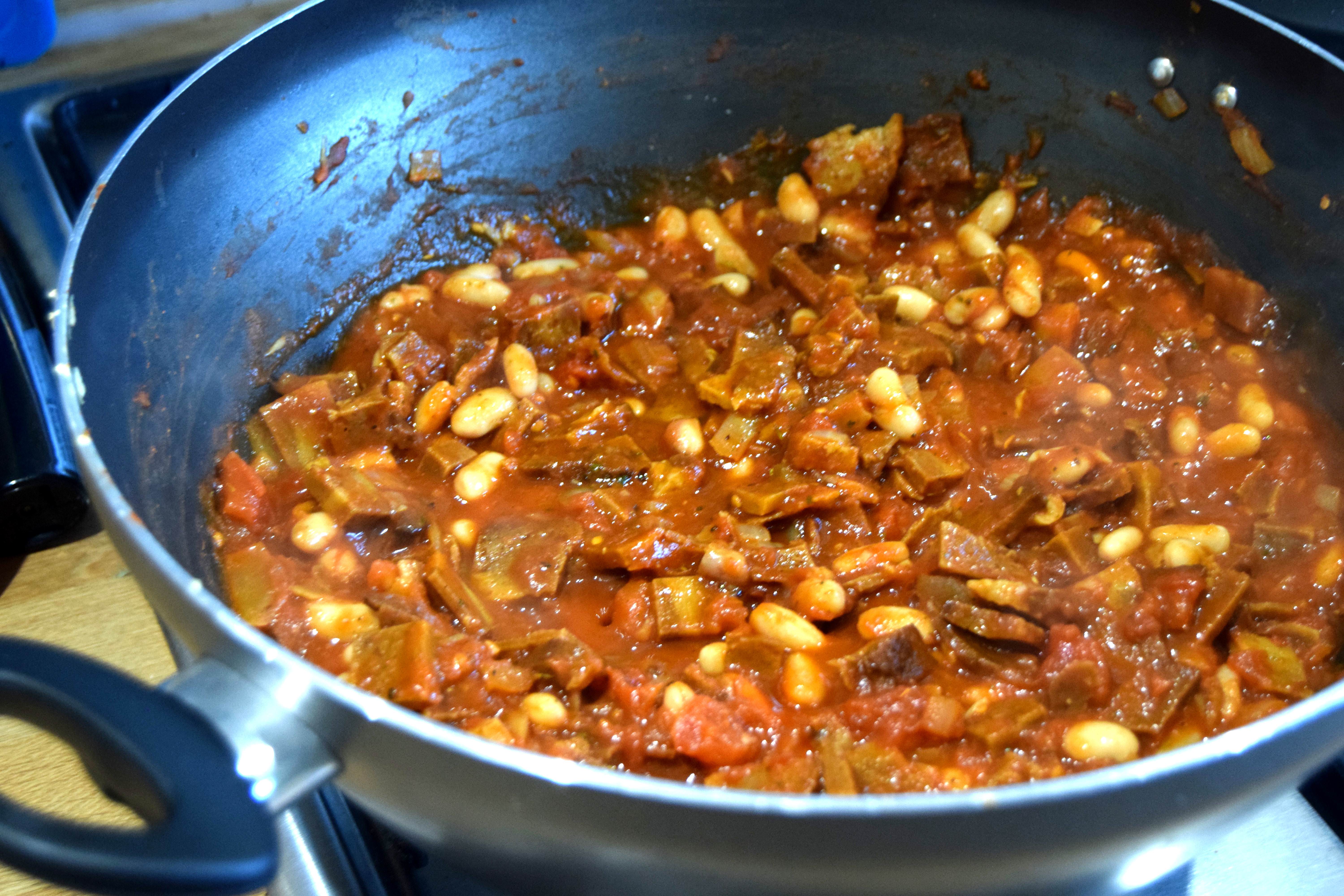